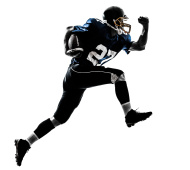 This is a hypothetical situation from Schoolhouse Dilemmas: Scenarios for Mentoring Secondary Teachers. In this scene, the teacher must determine what to do about a star football player who cannot make it to class on time and risks missing “the big game.”

Freddy is senior in your first period class.  He is also the football team’s star wide receiver.  How good is he at football?  He is an all-state caliber player with scholarship offers from top schools across the country.  How good is he at academics?  Not quite as good.  But to stay eligible, he does keep a “C” average even with his after school obligations and many recruiting trips.

Freddy’s real problem, though, is making it to your class on time.  To date, he has been late to eight classes.  After the sixth tardy, in accordance with school policy, you gave him an office referral that resulted in an automatic series of three detentions.  The school policy also mandates that after an additional three tardies, a student should be suspended for three days.  While the policy is harsh, it generally is an effective deterrent.

Yet, Freddy is one tardy away from an automatic suspension.  With the football playoffs looming, Freddy is the team’s best hopes for a successful season.  But, if he is suspended from school on the day of a game, he cannot play in the game.  You have warned Freddy that you have to turn him in, and he has told you that he tries to get there in time, but that he just is not a morning person.  He also says that getting up in the morning is harder because he “crashes when he gets home from practice around eight” each night. Then he wakes up to look at the dozen or so pieces of mail from college recruiters he receives daily. At least one or two college coaches call him each night. Sometimes he gets calls after 10pm from college coaches. He may not start homework on some nights until 11 or 11:30.

The Monday before the last game of the season, the game the team will need to win in order to make the playoffs, Freddy walks to the classroom door a couple of minutes after the bell has rung.  He sees you at the front of the room and knows that the lesson has already begun.  The two of you make eye contact, and he turns around and leaves.  In short, Freddy has chosen to take an absence rather than risk a tardy that could cause him to be suspended.

The next day, Freddy comes to class a minute or so after the bell rings.  As he steps towards the door, he sees you standing next to it and asks, “If I come in, am I late?”

Visit My Other Sites and Work

Dialogue in the School Community